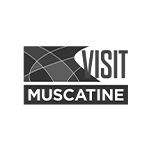 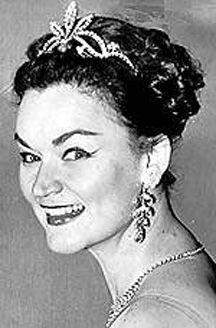 Soprano Margaret Roberts "Italianized" her name and became famous on the stages of Italy.

Margaret Jean Roberts, the daughter of an Aberdeen Angus breeder, was born in Wayne County. She lived until age 12 in Atlantic, when her parents, F.J. and Ethel Roberts, moved to Muscatine. At 13, she started studying singing with Herald Stark at the University of Iowa. Roberts saw her first opera in Chicago at 14 and made her debut with the St. Louis Opera at 19.

In 1951, she joined the Chicago Theater of the Air, commuting from Iowa weekly to her radio performances in the Windy City.

Stardom in the United States for an opera singer at that time required building a reputation in Europe first, and that's what Roberts did. In 1956, with a smattering of Italian and one letter of introduction, she journeyed to Italy and embarked on an intense course of study. She made her debut at La Scala in Milan the next year in Verdi's "Nabucco," and the Italians took her to their hearts.

Roberti, shown above in the late 1950s, made her debut at the Metropolitan Opera in 1962 as Floria Tosca in Puccini's "Tosca," with Franco Corelli. A year later, she was back in Italy, in Parma, singing before what has been called the world's toughest opera audience - "The Lion Pit." After her performance in Verdi's "Luisa Miller" there, she was deluged with bouquets of violets.After 1950, Roberti made Davenport her home, before relocating to California. She has been married since 1949 to Thomas Nobis, whose career was in engineering. They met when she was studying at Hunter College and he was returning from duty in the Navy.

They have a daughter, Jennifer.

Roberti was knighted by the Italian government in 1970 for artistic achievement, becoming Dame Roberti. She retired from singing after a farewell concert in the Quad Cities in 1988.